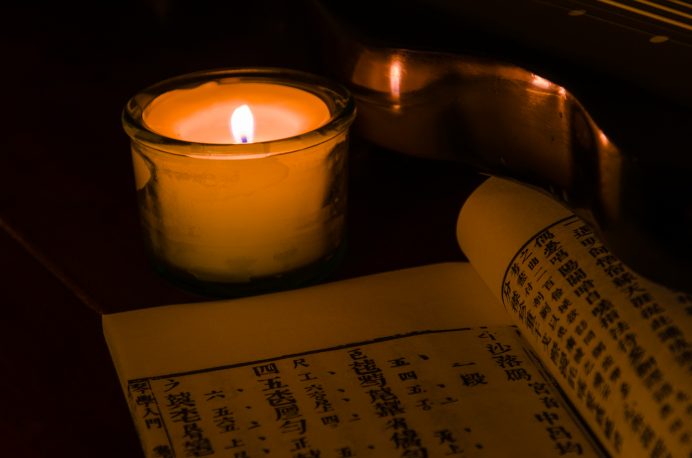 First published in 1634, the piece, Wild Geese Descending on Sandbanks 平沙落雁, became widely popular in subsequent centuries, existing in many variations and tunings.

The music opens with an introduction of harmonic octaves partial scales, evoking the imagery of geese lining up, perhaps flying in formation through distant clouds. The subsequent sections are three parallel variations on the motif, depicting the birds calling to each other and hovering, circling thrice, and landing on the vast sandbanks, unfettered by concern and cares. As in the sky, they too are free while on the ground. In the end, harmonics recall the vast open distant sky.

In the literary sense, the piece portrays one’s detachment from meaningless concerns and the scholar’s freedom to pursue lofty ideals. In a preface to this piece in a guqin manual, the author draws the analogy of the scholar, unconstrained by institutions, free to soar like the wild geese; playing the piece is like having them as guests, which in the end, soar among the clouds.