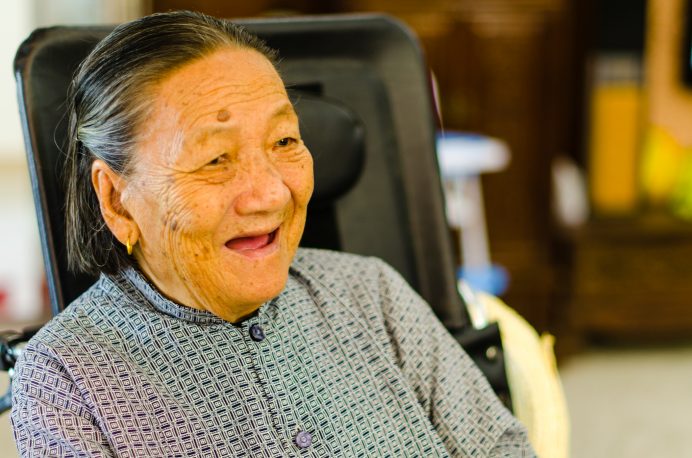 Between leaving home and arriving at my destination in China, the journey has taken 42 hours.

It started off with a shuttle to LAX, leaving at 8:00 Thursday morning. I arrived in plenty of time, checked in, and had Panda Express for brunch. The plane, which looks like it has a perpetual frown, was full for all but a few seats. I got an aisle seat. The girl in the window seat next to me came with two friends to sat behind. Their conversation continued unceasingly throughout two-thirds of the flight, with the girl turning around and yelling most of the time, sometimes along the windows, and sometimes into my ear. I managed to get about an hour of shut-eye.

A representative greeted me in the jetway and saw me through immigration and customs. Because of the overnight transit, they arranged for a stay at the Peach Blossom Castle, which is actually a dive. I was happy to leave the next morning.

From there, another shuttle took me to the domestic airport across town. Shanghai’s Hongqiao Airport is newly renovated. At the Starbucks, I discovered that they’ve never seen a mobile payment app before; I didn’t get anything.

China Eastern Airlines’s computer system needs upgrading. I realized that problem during my flight. My request for a vegetarian meal did not transfer over, and the flight attendant told me that I had to confirm this separately for each leg of the flight. At the arrival terminal, I went up to ticketing to make this request, and they were all confused and told me to call the company reservation line and tell them when I make my flight confirmation.

The Shantou airport lies an hour from my hometown Chenghai. Getting there was no problem. Every time here, everything is different. There are many more cars, and people have moved into high rises; each family owning five to six story buildings.

Now, 42 hours after leaving home, it is so good to see everyone—my mom’s cousins, their mom, wives, children, and grandchildren. We have dinner, got caught up with how they’ve done over the past few years, and sit around sipping tea. It’s worth the trip.