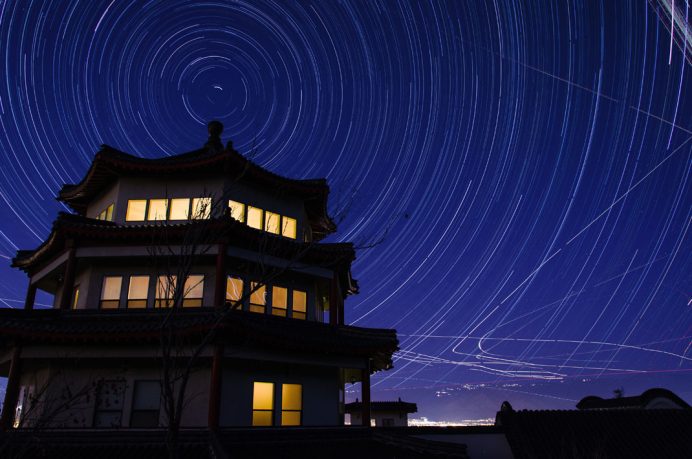 For this Christmas Eve, I thought it would be interesting to post star trails taken from Loma Linda. Surprisingly, there were many more visible stars over lighted San Bernardino. Flight paths from air traffic in and out of nearby airports add some interest.

This picture was captured last night from the south slopes, with settings at f/10 and ISO 400. Exposed over the equivalent of 255 minutes, the star trails arc about 1/6 of circle. One purposely underexposed shot was taken after sunset but before dark, then superimposed, so as to retain some foreground detail.