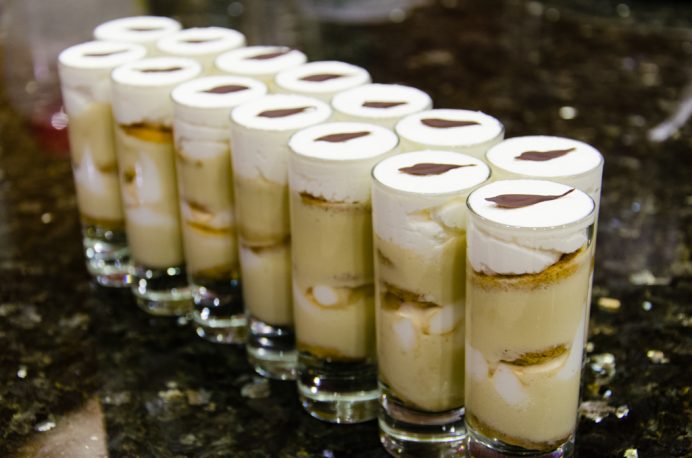 Assembling this dessert in shot glasses is similar to making tiramisu in a pan. The only problem was that all the stores were out of ladyfingers. Apparently, those ladyfingers are seasonal.

This time, instead of using store-bought ladyfingers, I made them into disks instead of fingers: separate the yolks from the whites, beat each separately, making sure the whites form stiff peaks; fold in sifted flour and baking powder; pipe onto parchment paper and bake.